The impact of Covid-19 on the lives of Gen Z 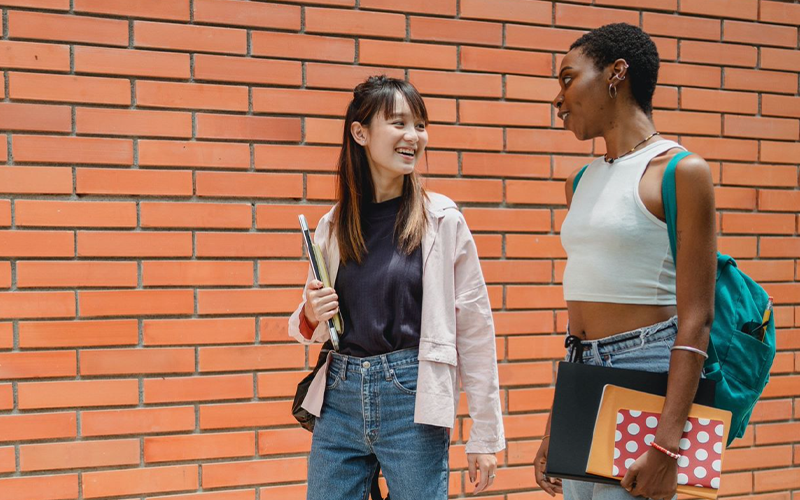 In a report just published, we can see the impact of Covid-19 and lockdowns on Gen Z.

Generation Z succeeds Millennials and precedes Generation Alpha. Researchers and popular media refer to Gen Z as those being born in the mid-to-late 1990s to early 2010s. This is the group with which the coaches at Karen Your Career Coach mostly work.

A longitudinal Survey on Gen Z

The research I share in this article comes from Longitudinal Surveys of Australian Youth (LSAY). The project was launched in 2015 and involved 15 year-olds. Now aged 20, the feedback gives a good insight into how they were impacted by the Covid-19.

I will focus on a couple of aspects of this report and what it reveals about the lives of Generation Z during the pandemic.

Regarding 5% of participants putting their studies on hold, I believe this small percentage is in part a testimony to the resilience of young adults. Some have reported to me over the past two years that they get more done when they are able to study remotely and by themselves.

That said, others really struggled and did not enjoy being alone. Year 12 graduates commencing further education in 2020 or 2021 would have imagined being on campus, meeting new friends and joining clubs. Repeated lockdowns put a stop to this, causing much disappointment and frustration.

I thought that perhaps the percentage of those putting their studies on hold would be higher. It is fair to say that many 18 to 20 year-olds are still living in the family home, which may well be part of the picture — the support of family cannot be underestimated.

What I have heard from my young clients

Many Gen Zs may have found themselves alone for many hours in the day during lockdowns, certainly if both parents are front-line workers. I spoke to some who acknowledged that they were spending ‘too much time watching Netflix’, or playing computer games. Others stayed focused on their studies by establishing their own study routines, as well as organising a walk, or other exercise.

Further education institutions offering mostly ‘applied’ courses, meaning practical training – alongside of some lectures, reading and writing assignments – had the biggest challenges. How do you teach practical skills virtually? Many students who are enrolled in more practical courses told me that theory subjects continued, but they missed out on their favourite subjects: hands-on learning.

My next observation is regarding the percentage of those receiving JobKeeper payments. Of the total survey sample, 20% accessed JobKeeper. I suspect this number might have been higher if 20 year-olds had more job security than they typically do.

Indeed, youth groups are over-represented in the number of employees on short-term casual employment contracts. As such, many young adults were in fact, ineligible for JobKeeper. I draw upon Australian Government data here.

While JobKeeper provided a life-raft to many 20 year-olds, the scheme was relatively short-lived. More up-to-date unemployment rates among youth groups are now needed. From the LSAY study, we can see an increase in the number of young adults working more than one job and a decrease in the percentage of Gen Zs who are employed in permanent positions.

The results of this survey are interesting and timely, and we need to be paying particular attention to the mental welfare of this group. The Australian Government Institute of Health and Welfare (AIHW) has revealed that ‘between January and 16 June 2021, there were 187 cases (of Covid-19) among young people aged 15 to 24, making up 9.7% of the total’.  Compared to 2017, psychological distress has increased in this group, in part due to a drop in ‘social connectedness’. There have been reports of increases in the numbers of emergency department admissions of young adults, due to self-harm.

We can put safeguards in place by being watchful of news and accumulated research data around the impact upon children, youth, Gen Zs and Millennials.

If you are the parent of a young adult who is suffering from the multiple impacts of the lockdowns in Australia, please refer to the links below:

Please note: The information I have shared is intended to help all parents, teachers, academics, employers, community groups. The opinions I have shared are my own and are current at the time of publication.

Karen is a career coach specialising in early career exploration with school-aged students. This article is an edited excerpt of the original, which can be read here.

The Australian Careers Service is a free membership service developed for career practitioners. ACS members have access to a range of useful resources that are designed to help professionals keep up to date with the latest developments in their field.